Plant phylogeny as a major predictor of flower visitation by nitidulid beetles, a lineage of ancestral angiosperm pollinators 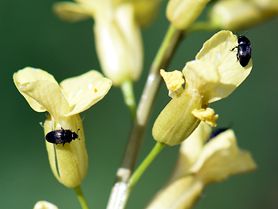