We compared the floral biology of two sympatric populations of closely related species over two seasons. In 2018, Nothoscordum bivalve (L.) Britton bloomed from April 23 to May 7 and Allium stellatum Nutt. Ex Ker Gawl bloomed from August 28 to October 4. Erect, white flowers of N. bivalve were scented and had septal nectaries. Erect, pink-purple flowers of A. stellatum had septal nectaries, no discernible scent, and a style that lengthened over the floral lifespan. Both species were pollinated by bees with the most common geometric mean of body dimensions between 2-3 mm. Most bees carried pure loads of the host plant’s pollen. Despite phenological isolation, the two herbs shared three bee species. Allium stellatum was also pollinated by the beetle Chauliognathus pensylvanicus DeGeer (Cantharidae). Tepal nyctinasty ensured mechanical self-pollination in N. bivalve. Protandry occurred in A. stellatum. In N. bivalve, the proportion of pollen tubes penetrating ovules was highest in bagged, self-pollinating flowers. However, in A. stellatum it was highest in exposed flowers and hand cross-pollinated flowers. Fruit set in N. bivalve was highest in exposed and bagged, self-pollinating flowers. In A. stellatum, fruit set was highest in both exposed and hand cross-pollinated flowers. Seed set was the same among all treatments for both species. We interpret these results as evidence that A. stellatum is a self-incompatible, obligate outcrosser. Nothoscodum bivalve is a self-compatible, obligate inbreeder employing mechanical and insect-mediated self-pollination. Outbreeding depression appears to occur in N. bivalve with a partial trend towards intraspecific cross-incompatibility. 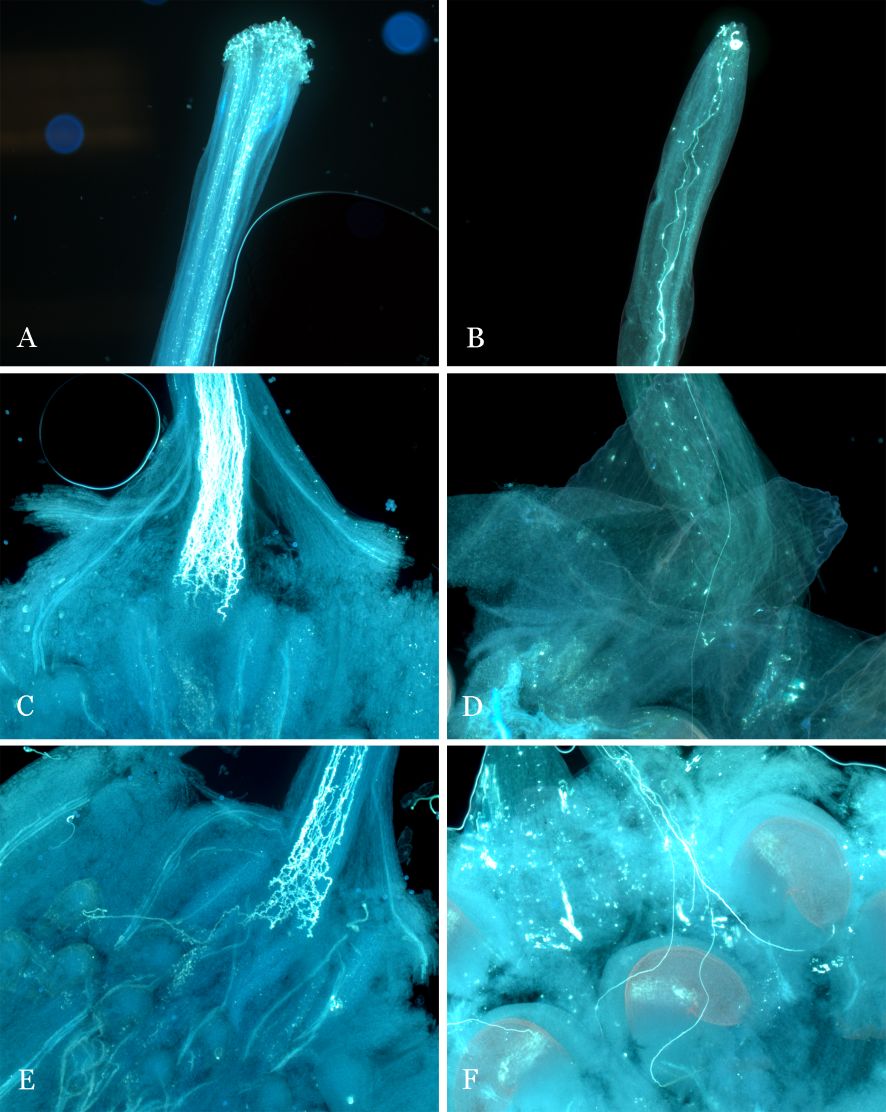