Assessment of pollen assemblages from the hives of Tetragonula carbonaria for the presence of the threatened species Grevillea parviflora subsp. parviflora 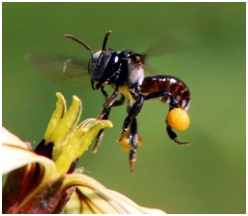