Pollen effect is important on several kernel traits in maize breeding and may vary under different pollination treatments. Our objectives in this study were i) to evaluate the effects of pollination treatments that are commonly used in maize breeding, on several ear and kernel traits, ii) to investigate if the genotypes so called “specialty corn” do have any different reaction to the pollen effect. A field trial was carried out at Dardanos Research and Application Center of Çanakkale Onsekiz Mart University, Turkey, in 2013. The experiment used a split plot design with three replicates. Four parents (three inbreds and one open pollinated landrace) were used as plant material. Three pollination treatments (open pollination, self-pollination and bulk pollination) were applied, and individual pollen effect of each parent on other parents was investigated. For this purpose, several ear and kernel traits (ear weight, kernel weight, kernel number, mean kernel weight) and biochemical features (protein, oil, carbohydrate and carotenoid content) were measured on harvested samples.

The results showed that pollination treatment affected the variation on all traits except for oil content (P < 0.05). Self-pollination caused a significant reduction in kernel development. Pollen effect was found significant for most traits and this effect was evident on the related genotypes with open pollinated landrace. Results indicate that pollen effect is an important factor on kernel and ear development in small plot trials, where different types of maize are grown together. 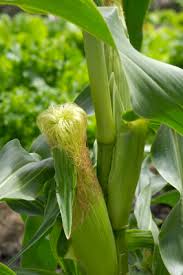