The large genus Calliopsis (Andrenidae, Panurginae) is composed of ten subgenera with polylectic and presumably oligolectic species. These categories have been mainly developed from floral visits of female bees collecting pollen. In the present study, pollen analyses of nest provisions and scopal loads from museum specimens of the monotypic subgenus Ceroliopoeum were carried out to assess its degree of specialization to pollen host-plants. Despite the great variability of floral resources close to two active nest aggregations in the Chaco sites (83 and 44 melittophilous taxa from 36 and 17 families, respectively), the only host-plant recorded in all nest pollen samples was Prosopis. This genus was represented by six species and their hybrids, all having similar pollen morphology. The nesting sites in Monte scrub also contained several Prosopis species, some of which had different pollen morphology from those of the Chaco forest. Two different Prosopis pollen types were identified in all samples. Since the whole geographic distribution of C. laeta matches with the range of Prosopis, its strong association with this pollen host seems to be well supported. However, the low number of study populations (four) could erroneously indicate oligolectism. A broader sampling is necessary to ensure the character of specialization. Most Calliopsis species have been identified as oligolectic. Yet, this categorization has mainly been based on floral visits and a large diversity of floral hosts has been recorded for each bee species. Further analyses are necessary to confirm the relationship of this genus with its pollen hosts. Moreover, as most of them have short to medium phenologies (up to 4 months) their presumably oligolecty can be due to a local specialization (i.e. variable according to location) typical of polylecty. 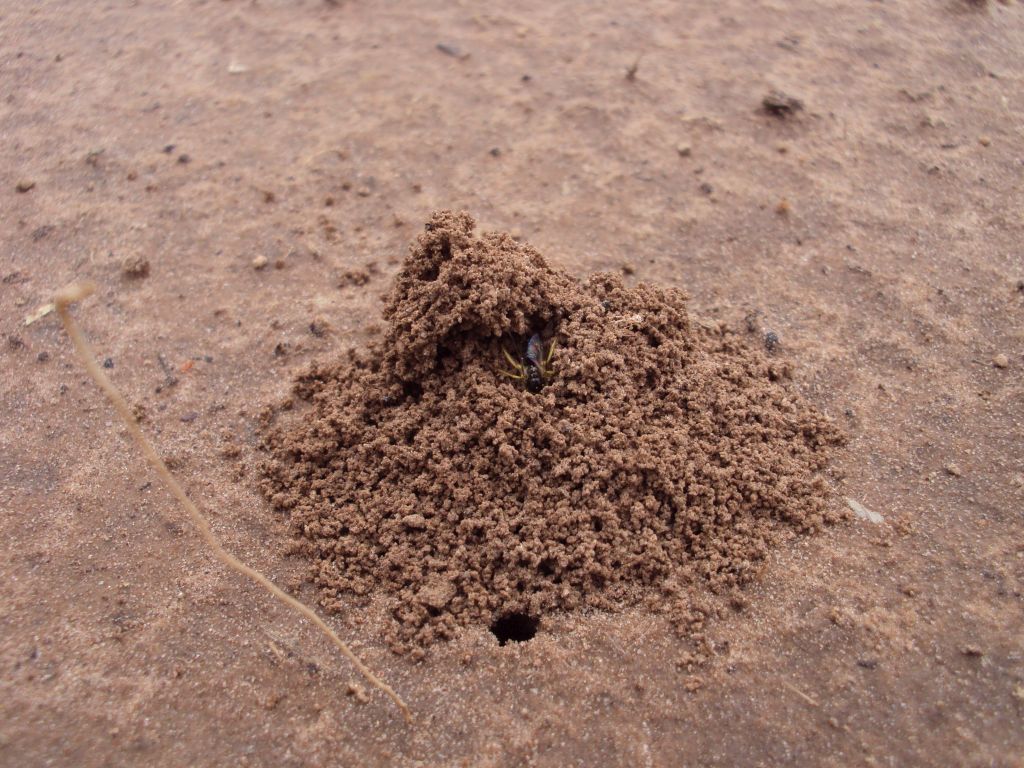