Pollination and reproductive biology of thirteen species of Begonia in the Serra do Mar State Park, São Paulo, Brazil

The reproductive biology of 13 monoecious species of Begonia that occur in the Serra do Mar State Park, São Paulo, Brazil, was investigated. These species flower annually and present flowers with mostly white tepals, sweet odour, pollen as a reward but no nectar, numerous yellow stamens, and yellow styles. Anthesis is diurnal and floral duration is long (6 - 15 days). The unusual appearance of pistillate flowers of these species supports the view that they are intersexual mimics of the staminate flowers. Despite consistently high levels of fruit-set, none of the 11 species tested proved to be apomictic. In contrast to earlier reports of self-compatibility in Begonia, self-pollinations of B. integerrima and B. itatinensis produced no fruits or seeds, and the complete absence of pollen tubes in the styles of self-pollinated flowers of B. integerrima suggests that the species is self-incompatible. Flowers pollinated under natural conditions showed many pollen tubes that reached ovules, suggesting that adequate numbers of compatible pollen grains had been transported by pollinators. The principal pollinators were bees of the Apidae and Halictidae. Ten species of bees were observed to visit eight species of Begonia, and pollen collection occurred by vibration, except for Trigona spinipes. Visits to rewarding staminate flowers were significantly more frequent than visits to unrewarding pistillate flowers. Duration of visits to pistillate flowers also was significantly shorter than the duration of visits to staminate flowers. We conclude that visits to pistillate flowers occur by mistake but with sufficient frequency to allow for successful reproduction in natural populations of these species. 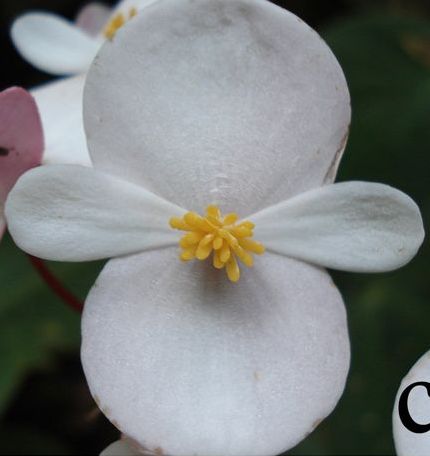